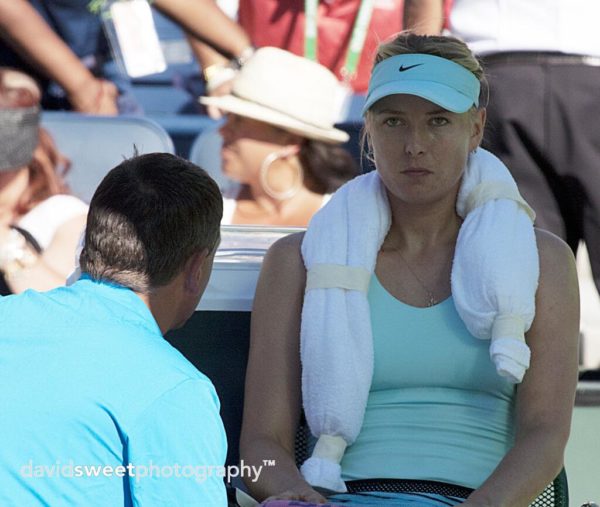 (August 12, 2017) Former champion Maria Sharapova has withdrawn from the Western & Southern Open with a left arm injury. The 2011 champion has been given a wildcard.

Sharapova statement to the tournament:

“I arrived in Cincinnati yesterday eager to play. However, following the doctor’s advice on-site, as a precaution for the US Open, I am unfortunately withdrawing from the tournament with the left forearm injury I sustained in Stanford,” Sharapova said. “I want to thank the tournament for the wildcard opportunity and really look forward to competing here next year.”

The five-time major winner was scheduled to play French Open champion Jelena Ostapenko in the first round.