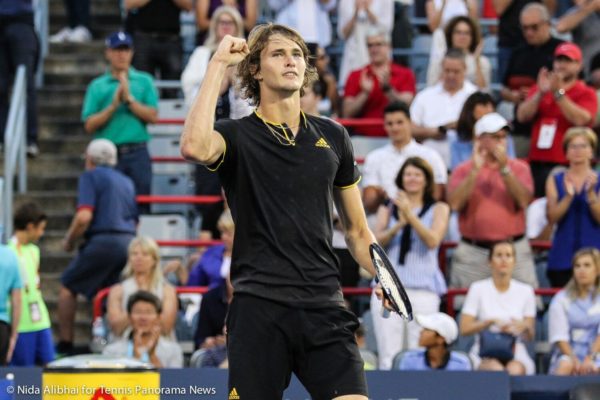 (August 13, 2017) Alexander Zverev extended his winning streak to 10 straight, by winning his second straight tournament and second Masters Series title with a 6-3, 6-4 over Roger Federer for the Rogers Cup final on Sunday in Montreal. This match ended Federer’s 16-match streak. It also exacted some revenge against Federer who beat Zverev in the Halle final.

“I don’t think I’m part of the big four because they’ve won too much in the history of tennis,” noted the winner. “They won too many Grand Slams.

“Obviously winning two Masters 1000 titles in the same year is something amazing. So, yeah, hopefully I can win as much as they did in their careers one day.”

Federer was aiming for his 94th tournament win to tie Ivan Lendl for second of the all-time list, but Zverev just overpowered him and out played him. 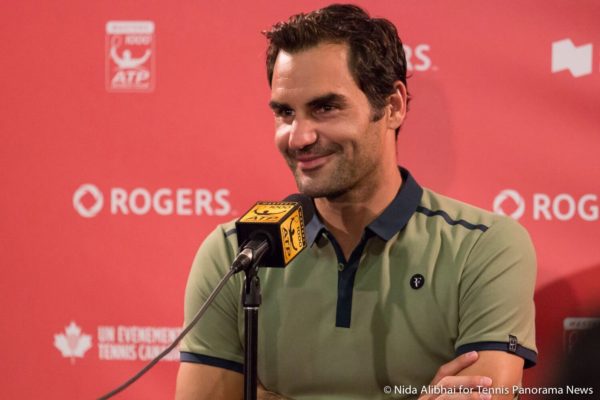 “It is a positive week in the end,” Federer said. “The final was unexpected. But it’s keeping up with the good results of this year. Playing the final was a good thing. Of course, I’m disappointed with today. I thought I would do better. I wanted to fight a bit more and make the match a bit more tighter. I had opportunities. But Zverev played extremely well. He played well all week.

“Like in Washington, he needed to play a tight match in the beginning to be able to play well after that. I congratulate him. He was better than I was today.”

“He’s been playing well, but he has to do this for a whole year,” Federer said. “For the time being he’s in good shape. He’s healthy. He’s motivated. He has a lot of confidence. I like his game. He has a big game. He serves well. He has a great backhand. I like his backhand.

“Now we’ll see what happens for the rest of the year. He had a lot of success already. Five titles in one year is not easy. What he does is great.”

Zverev is the youngest Rogers Cup finalist since Novak Djokovic in 2007.

Next stop scheduled for both men is Cincinnati.

“It’s something amazing, back-to-back weeks,” said Zverev. “I feel great. I feel like I’m playing one of the best tennis of my life.

“But, you know, Cincinnati is a very tough draw. I don’t know if I will be able to go far there because I am a little bit tired.

“But game-wise and confidence-wise, I’m super happy the way everything is standing.”

“I’ll travel to Cincinnati tonight, then take a decision in the next couple of days and see how I feel after five days of playing, if I’m ready to play in Cincy next week or not,” said Federer who appeared to weak his back in the middle of the second set of the match.

“You know, felt all right all week. Had a bit of muscle pain, aches and pains here and there, just because it’s back on the match courts, on the hard courts. After vacation and practice, it’s always a bit of a shock for the body.

“We’ll have to wait and see now how I feel in the next couple of days.”