You are here: Home / Features / Maria Sharapova, Taylor Townsend and Others Awarded US Open Wildcards 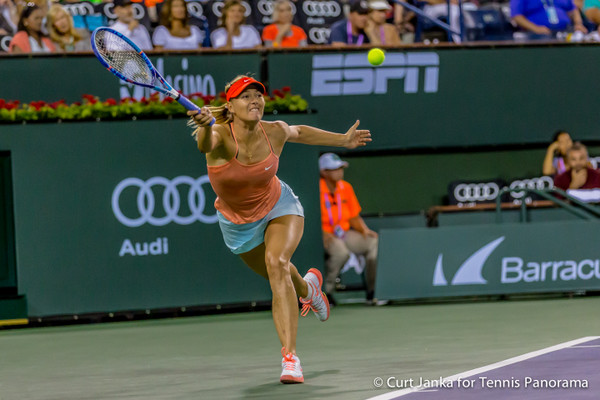 FROM THE USTA: FLUSHING, N.Y., Aug. 15, 2017 – The USTA today announced that former US Open singles champion Maria Sharapova, young American Taylor Townsend, reigning US Open girls’ champion Kayla Day, 2017 US Open Wild Card Challenge winner Sofia Kenin, 2017 USTA Girls’ 18s national champion Ashley Kratzer and 2017 NCAA singles champion Brienne Minor have been awarded women’s singles main draw wild cards into the 2017 US Open. Also, Frenchwoman Amandine Hesse has received a wild card as part of the USTA’s reciprocal agreement with the French Tennis Federation. And as part of a reciprocal agreement with the USTA, Tennis Australia will award one additional main draw wild card to a player who will be announced at a later date.

The 2017 US Open main draw will be played Aug. 28-Sept. 10 at the USTA Billie Jean King National Tennis Center in Flushing, N.Y. Both the men’s and women’s singles champions this year will earn $3.7 million.

Townsend, 21, of Atlanta, ranked No. 134, became the No. 1-ranked junior girl in the world in 2012, after winning the Australian Open girls’ title; she was the first U.S. girl to hold the year-end No. 1 junior ranking since 1982. Townsend competed in the US Open main draw in 2014 and 2016, qualifying for the main draw last year. She advanced to the third round of the French Open in 2014 for her career-best Grand Slam result.

Day, 17, of Santa Barbara, Calif., ranked No. 123, is the reigning US Open girls’ champion and former world junior No. 1. Last year, Day earned a US Open main draw wild card as the USTA Girls’ 18s national champion and won her first-round match. This year, Day competed in the Australian Open, after winning the USTA’s wild card challenge, and advanced to the third round in Indian Wells.

Kenin, 18, of Pembroke Pines, Fla., ranked a career-high No. 141, won the 2017 US Open Wild Card Challenge. Kenin will be making her third consecutive wild-card appearance at the US Open after winning the wild card challenge last year and the USTA Girls’ 18s National Championships in 2015. She also reached the singles final at the 2015 US Open Junior Championships.

Kratzer, 18, of Newport Beach, Calif., ranked No. 341, won the 2017 USTA Girls’ singles title in San Diego this past weekend. Kratzer will look to follow predecessors Day (2016), CiCi Bellis (2014) and Sachia Vickery (2013) as USTA Girls’ 18s national champions to win their first round matches. This summer, Kratzer reached back-to-back quarterfinals at $25,000 USTA Pro Circuit events and then reached the final at the $60,000 USTA Pro Circuit event in Stockton, Calif.

Hesse, 24, of France, is ranked No. 206 and received her wild card through a reciprocal agreement with the French Tennis Federation that allowed 15-year-old Amanda Anisimova to make her Grand Slam main draw debut at Roland Garros this year. Hesse also received a wild card into the 2014 US Open.

In addition to the eight US Open women’s singles main draw wild cards, the USTA also announced the nine women who have been awarded wild-card entries into the US Open Qualifying Tournament, which will be held Aug. 22-25 at the USTA Billie Jean King National Tennis Center. 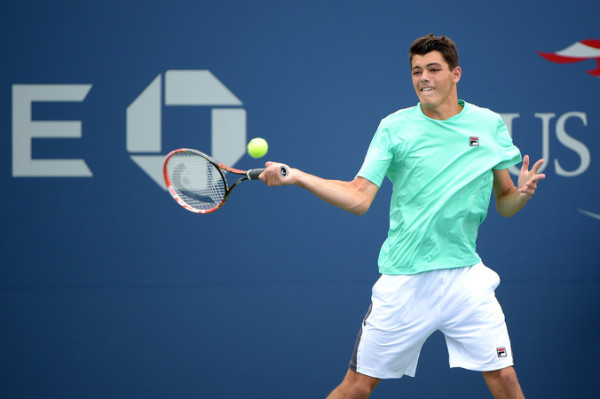 The 2017 US Open main draw will be played Aug. 28-Sept. 10 at the USTA Billie Jean King National Tennis Center in Flushing, N.Y. Both the men’s and women’s singles champions this year will earn $3.7 million.

Fritz, 19, of Rancho Santa Fe, Calif., is a former world No. 53 who is currently ranked No. 120. He took a three-month break from competition during the clay-court season to train; since then he has qualified for Wimbledon and reached the quarterfinals at the ATP 250 event in Los Cabos, Mexico. Fritz won the 2015 US Open junior title and reached the final in Memphis in 2016, becoming the youngest American to reach an ATP final since Michael Chang in 1989.

Fratangelo, 24, of Pittsburgh, is ranked No. 130. He advanced to the semifinals of the Hall of Fame Open ATP 250 in Newport, R.I., this summer. Fratangelo is a former French Open junior champion and will be competing in his third consecutive US Open main draw.

Eubanks, 21, of Atlanta, is a rising senior at Georgia Tech. He is having a breakout summer playing US Open Series events, having reached the quarterfinals of the BB&T Atlanta Open ATP 250 and qualified for the Western & Southern Open ATP Masters 1000 in Cincinnati. The 6-foot-7 Eubanks grew up training with Top 100 American Donald Young and his family in Atlanta.

Kwiatkowski, 22, of Charlotte, N.C., won the 2017 NCAA men’s singles championship as a senior at the University of Virginia. Kwiatkowski, currently ranked No. 690, was a member of three NCAA championship title-winning teams at Virginia (2015-17) and earned his third All-American singles honor this past season. He also won last year’s American Collegiate Invitational at the US Open.

Paul, 20, of Greenville, N.C., is ranked No. 175 and earned his wild card by winning the 2017 US Open Wild Card Challenge. Paul will be making his second US Open appearance after qualifying for the main draw in 2015 as a qualifying wild card—just the 16th player ever to compete in the US Open main draw as a qualifying wild card. This summer, Paul reached back-to-back ATP quarterfinals in Atlanta and Washington D.C.—his first career ATP quarterfinal appearances—and defeated Young to reach the second round in Cincinnati.

Kypson, 17, of Raleigh, N.C., earned the wild card allotted to the USTA Boys’ 18s national champion. Kypson, ranked No. 917, is a Top 20 world-ranked junior who reached the boys’ semifinals at Wimbledon this summer. He’s part of a group of American juniors to have trained with Ivan Lendl over the last several years as part of a USTA Player Development initiative.

Blancaneaux, 19, of Paris, received his wild card as part of the USTA’s reciprocal agreement with the French Tennis Federation that allowed Tennys Sandgren to make his Grand Slam main draw debut at Roland Garros this year. Blancaneaux is ranked No. 328.

De Minaur, 18, of Sydney, received his wild card as part of the USTA’s reciprocal agreement with Tennis Australia, which allowed Michael Mmoh to play in January’s Australian Open. De Minaur is ranked No. 186.

In addition to the eight US Open men’s singles main draw wild cards, the USTA also announced the nine men who have been awarded wild-card entries into the US Open Qualifying Tournament, which will be held Aug. 22-25 at the USTA Billie Jean King National Tennis Center.