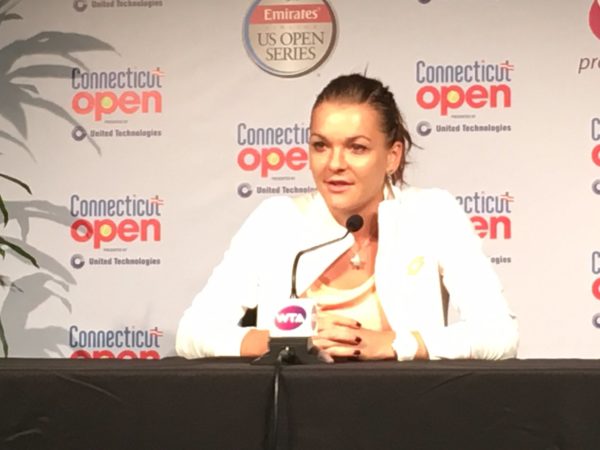 (August 24, 2017) It’s women’s singles semi-finals day at the Connecticut Open with a pair of up-and-comers ready to throw down the challenge to the top two seeds.

Rounding out the Day 6 night session will be former men’s legends, Australia’s Mark Philippoussis and Mardy Fish of the United States. Philippoussis is a two-time Grand Slam finalist, while Fish climbed as high No.7 in the rankings. 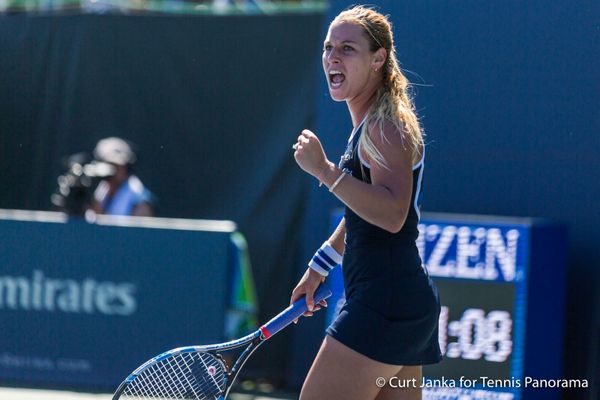 Slovak Dominika Cibulkova has found her range in New Haven, reaching her first semi-final since February with back-to-back victories over Alize Cornet and sixth seed Anastasia Pavlyuchenkova, respectively. After the highs of claiming 2016’s season-ending WTA Finals in Singapore, this has been a tougher year for the 28-year-old, battling shoulder and subsequent form problems.

“I can’t underestimate her because she has a really good season,” Cibulkova said of her semi-final opponent Elise Mertens. “Yeah, it’s somebody I never saw playing better, and I never played before. So it is always difficult.”

Belgium’s world No.46 Mertens is through to her fifth quarter-final of the season by virtue of a walkover from the injured Zhang Shuai. But she has done it the hard way getting that far coming through three rounds of qualifying before seeing off Kiki Bertens and Daria Kasatkina to reach the last eight. The 21-year-old will be attempting to reach her third final of the season having won her maiden tour title in Hobart as a qualifier. Cibulkova and Mertens have never played.

“Of course, I love to win. But, yeah, it’s been an amazing experience,” Mertens said. “I mean, I started last week on Friday, and I’m still here. That was my dream, you know, to keep winning, to keep playing level, just to be in the tournament.”

Defending champion Agnieszka Radwanska won her first match against China’s Peng Shuai in six years on Thursday night to reach just her second semi-final of the season. The Pole has won her past 12 sets in New Haven, including her title run last season and consecutive triumphs over Eugenie Bouchard and Peng, respectively this year. Her deft change of pace and court craft worked a treat against the heavy-hitting Chinese but she will face a different prospect in the fleet-footed, determined Australian Daria Gavrilova.

Gavrilova is also appearing in her second semi-final of the season, having finished runner-up to countrywoman Sam Stosur in Strasbourg. The Aussie was on the front foot against Kirsten Flipkens in the quarter-finals, turning the tactics on the net-rushing Belgian.

“I was just brave on the big points. I stuck to my plan. I think I was actually coming into the net a lot more than I actually expected myself,” Gavrilova said.

Now she has bigger plans than merely upsetting the top seed on Friday, with a maiden tour title within reach. “I’ve come close before. Made two finals, so… I think I’m capable of it, of winning the whole thing,” Gavrilova said of her form.

CHANG or BLAKE PHILIPPOUSSIS or FISH

SPORTMASTER GRANDSTAND start Not Before 5:00 pm