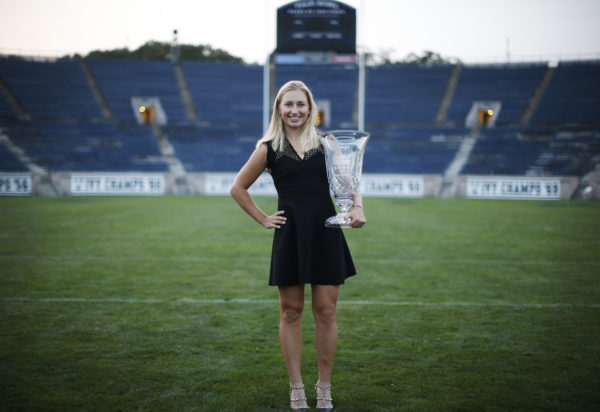 Daria Gavrilova poses for a portrait inside the Yale Bowl on Saturday, August 26, 2017 in New Haven, Connecticut. (Photo by Jared Wickerham/Connecticut Open)

The Australian denied No. 2 seed Dominika Cibulkova in a two-hour, 45-minute shoot-out to claim the Connecticut Open on Saturday in her third career final.

After dethroning defending champion Agnieszka Radwanska in the semifinals, the world No. 26 took down the top two seeds in succession with her 4-6, 6-3, 6-4 victory. 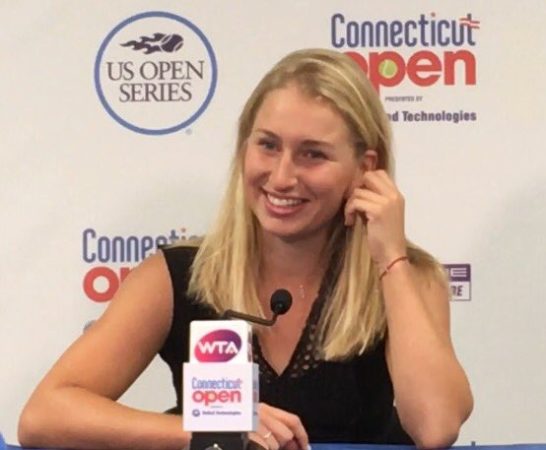 “It’s even more special to win it that way, against such a tough competitor, the semi-final, beating a top-10 player,” Gavrilova said. “I think I’ve beaten some great players to win my first title.

“I always believed in myself that I could still win. I just managed to stay calm, managed to just be focused on the task rather than getting all emotional, going elsewhere.”

Gavrilo will move up into the Top 20 with her win.

Gavrilova will face American Allie Kiick in the first round of the US Open on Tuesday.

“It’s so worth it, winning your first title,” Gavrilova said to media. “Of course I gave my all.”

Winning feels! What a crazy battle! First title ? thank you all for the kind messages! pic.twitter.com/JY9AHP1hlF