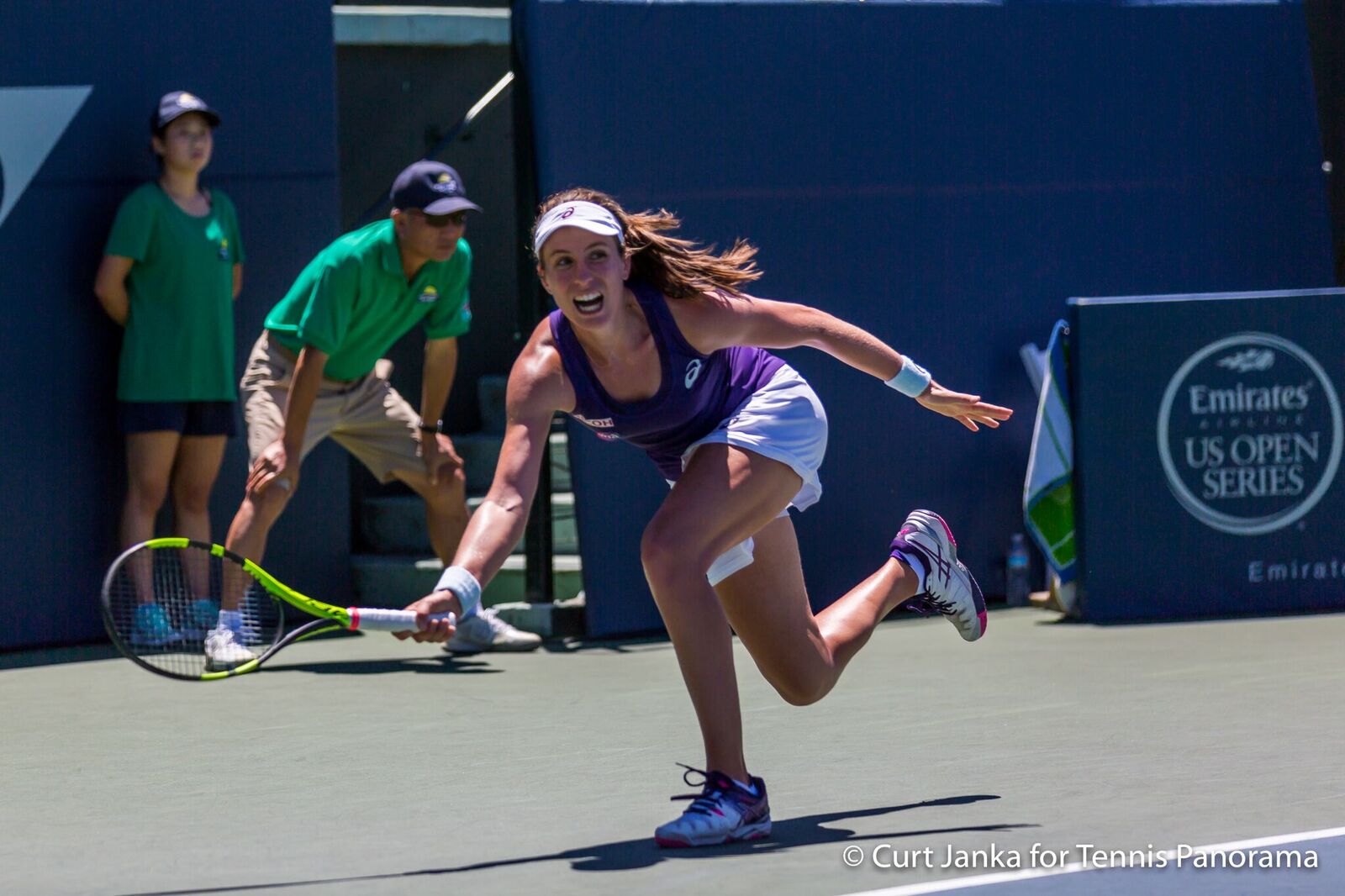 “I had no idea what she looked like, who she was, anything,” the ninth-seeded Williams said. “But she played amazing. She played well, served well, competed well. Definitely a match I had to earn.”

“I definitely wasn’t expecting or planning on dropping sets today,” noted the two-time US Openchampion. “But things happen. That’s why we play the match, because you have to win the match.

“So it’s just all about regrouping. It’s the first round. You figure out, you know, what’s going on.”

Seventh seed Johanna Konta of Great Britain became the first major women’s seed to fall in the first round of the US Open, losing to No. 78 Aleksandra Krunic 4-6, 6-3, 6-4.

“Credit needs to be given to both parts,” Konta said of the match. “I think with all due respect to her, she played very well. She played consistently much better than I did. I think she was able to raise her level throughout the match, and mine fluctuated a little bit up and down.

“So I think in terms of effort and fight, I competed until the very last point. I think the level of tennis by her was just better today.”

“I don’t think I necessarily played my best tennis today, but my opponent also had something to say about that. She played very freely, I felt, and she moved incredibly well. She made it very tough for me to be able to get any easier points.

“So I think that’s very much credit to her and how she was able to move on the court. I think she definitely played with not very many errors. Definitely less than me, I think. But I think overall, yeah, I think just the level of tennis of hers was just better today.”

Konta was one of eight women able to reach the No. ranking at this tournament., Petra, Kvitova