You are here: Home / Features / Ashley Kratzer: From After-School Programs to the US Open

Ashley Kratzer: From After School Programs to the US Open 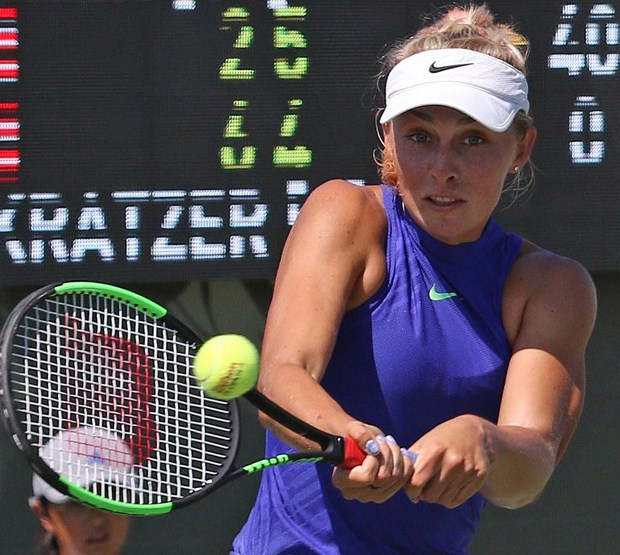 (August 30, 2017) FLUSHING MEADOWS, NY – Wildcard Ashley Kratzer not only made her major tournament debut at  the US Open on Wednesday, but it was also her first match on the main tour. It was not the result she wanted, losing to Tatjana Maria of Germany 6-1, 6-1 on Court 12, but it was a different experience playing on the US Open courts.

“The crowd was huge, it was fun, awesome, just very nerve wracking though.”

The 18-year-old Newport Beach, California native, came into the US Open as a wildcard, courtesy of winning the USTA Girls’ 18s National Championships in San Diego in mid-August beating Kelly Chen in the final.

“That was crazy,” southpaw Kratzer said of her National Championships experience. “It was my first junior tournament in about four years so, the style of game is very different, having to call our own lines was definitely a struggle. But I told myself ‘I am better than these players, I am more professional than these players’ and I just stuck it out because I was as tough as I possible could be and it worked.”

Kratzer, who turned pro back in December, did not play a traditional junior circuit.

“I never grew up playing juniors, I really only played pros,” she said. “I started around 14, doing the age limit that I was allowed to do.

“I was never a big fan of juniors. So, my parents said if you can go get some points and get a ranking, we’ll let you play in the pros,” which she did. Right now she’s ranked 343rd in the world.

Asked if it was more difficult not playing traditional junior events, she said: “I think everybody has their own path. I think that the path that I chose worked for me. I think it’s just finding a balance of what works for you.”

“I started playing at five,” she explained. “My Mom was just looking for an After-School program and she thought I would enjoy playing it. She just does the ladies leagues and thought it would be fun to put her daughter in it – the same thing that she was having fun doing. It all started from there.”

After the US Open She plans on playing some ITF and Challenger events in the United States. She hopes to get her ranking up to 220 in the world by the end of the year.

Karen Pestaina at the US Open.