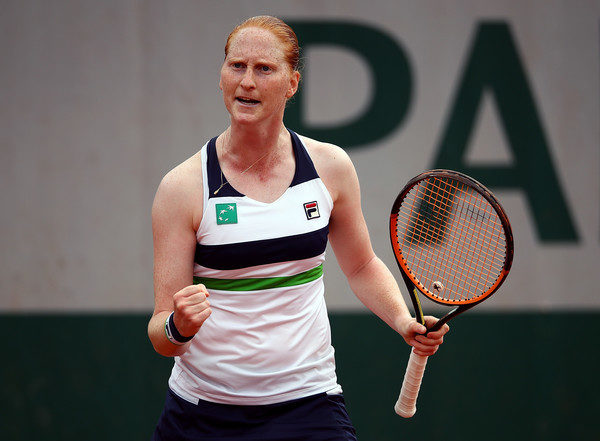 Final Facts
– Van Uytvanck wins her first WTA title, having never previously been beyond the semi-finals at this level.
– Van Uytvanck upset the No.4 seed Maria in the semi-finals and the No.3 seed Babos in the final.
– Babos was appearing in her fifth career final and second of 2017. She falls to 2-3 in WTA finals.
– Van Uytvanck improves her head-to-head record against Babos to 2-0, having also beaten her in qualifying at Indian Wells in 2015.
– Babos and Van Uytvanck will rise to No.53 and No.68, respectively, in Monday’s new rankings.
– Babos and Hlavackova win their second WTA doubles title together – the other came at 2017 Rabat; Babos now has 13 titles to her name, while Hlavackova has 22.