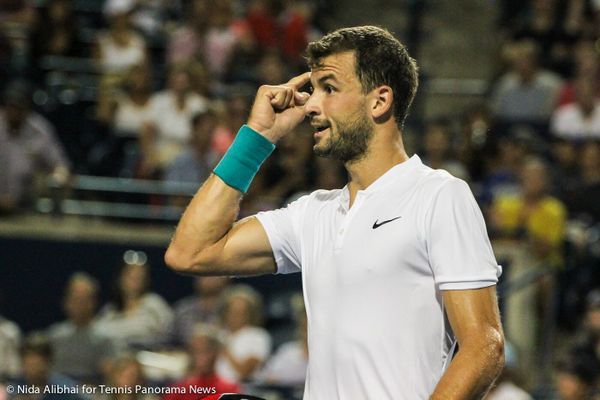 ATP World Tour: (October 24, 2017) LONDON – Grigor Dimitrov and Marin Cilic have both secured their places at the Nitto ATP Finals, to be held from 12-19 November at The O2 in London. They will join World No. 1 Rafael Nadal, six-time champion Roger Federer, 20-year-old debutant Alexander Zverev and two-time qualifier Dominic Thiem in the elite eight-man field.

Dimitrov, the first Bulgarian to qualify for the prestigious season-ending tournament, and Cilic, who previously qualified in 2014 and 2016, clinched their berths today after fellow contender Sam Querrey lost in the first round of the Erste Bank Open 500 in Vienna.

In compiling the best season of his career, Dimitrov won his biggest title in August when he claimed his first ATP World Tour Masters 1000 crown at the Western & Southern Open in Cincinnati (d. Kyrgios). The Bulgarian also put together a 16-1 record en route to the Australian Open semi-finals (l. to Nadal) and a pair of ATP World Tour 250 titles. He defeated three Top 10 players — Dominic Thiem, Milos Raonic and Kei Nishikori — in the final three rounds of the Brisbane International presented by Suncorp. On home soil at the Garanti Koza Sofia Open, the 26-year-old lifted the trophy with victory over David Goffin in the final. Last week, he finished as runner-up to Juan Martin del Potro at the Intrum Stockholm Open.

Cilic claimed the ATP World Tour 250 crown at the TEB BNP Paribas Istanbul Open in April (d. Raonic), and also reached two finals in London — one at Wimbledon (l. to Federer) and the other at the Aegon Championships at the Queen’s Club (l. to Lopez). The same week that 29-year-old Cilic won in Istanbul, he also became the third Croatian to record at least 400 match wins (also Goran Ivanisevic, Ivan Ljubicic). Currently at a career-high World No. 4 in the Emirates ATP Rankings, Cilic has won at least one ATP World Tour title for 10 consecutive years. His 17 career titles are the second-most for a Croatian behind Ivanisevic with 22 crowns.

With just two weeks left of the regular ATP World Tour season, Goffin and Pablo Carreno Busta, who are both within the Top 10 of the Emirates ATP Race To London, are leading the battle to claim the last two spots in London and qualify for the Nitto ATP Finals for the first time.

The Nitto ATP Finals welcomes more than 250,000 fans to The O2 arena each year, as well as generating a global TV viewership of more than 100 million, as the ATP’s best eight singles players and doubles teams of the season compete over eight days at the biggest indoor tennis tournament in the world.