You are here: Home / Front Page News / Collins Closes out Vickery in Roller Coaster Encounter at the RBC Pro Challenge 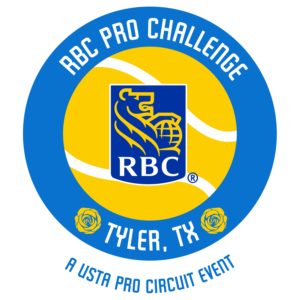 TYLER (October 31, 2017) — After leading by a set and holding three match points at 5-4 in the second, things looked to be going smoothly for Danielle Collins, (St. Petersburg, Florida). Over an hour later, the 2014 and 2016 NCAA Singles Champion(Virginia) was still on the court, this time serving for the match at 5-4 in the third set.

“I had some bad luck and I just needed to play more aggressive,” Collins said. “I tried to use my power and I think I was a little bit physically stronger today. Sometimes things happen; you have to move on and keep playing.”

Loeb, who played two years at the University of North Carolina and won the 2015 NCAA Singles Championship, was victorious over Norwegian number one ranked player, Ulrikke Eikeri. She spoke after the match about the quality of tennis at the collegiate level, and the number of players with collegiate ties competing in Tyler.

“I think it just shows the depth, and how good college tennis is,” Loeb said. “It’s not the path for everyone, but it shows that you can transition from college tennis to the pros successfully.”

Stanford standout and the tournament’s fourth seed Ahn raced to 6-2 6-3 win over Anastasiva Komardina(RUS) to book her place in the round of 16. Ahn, who has played over 30 tournaments in 2017, mentioned the importance of competing hard from the first point.

“Everyone is good at this level, and everyone wants to win,” Ahn said. “It’s about competing and finding your range.”

Rain halted play at 3:30pm, with all but three matches on the day’s schedule competed. Irina Falconi will resume her match with Hanna Chang Wednesday at 5-4 in the first set , and the other two matches have been added to Wednesday’s busy schedule.

Ten singles matches and seven doubles matches are slated at the Tyler Athletic and Swim Club, with play beginning at 10am.

Live streaming, live scores and draws can be found at www.RBCProChallenge.com.