You are here: Home / Features / USA and Belarus Tied at 1-1 in Fed Cup Final

USA and Belarus Tied at 1-1 in Fed Cup Final 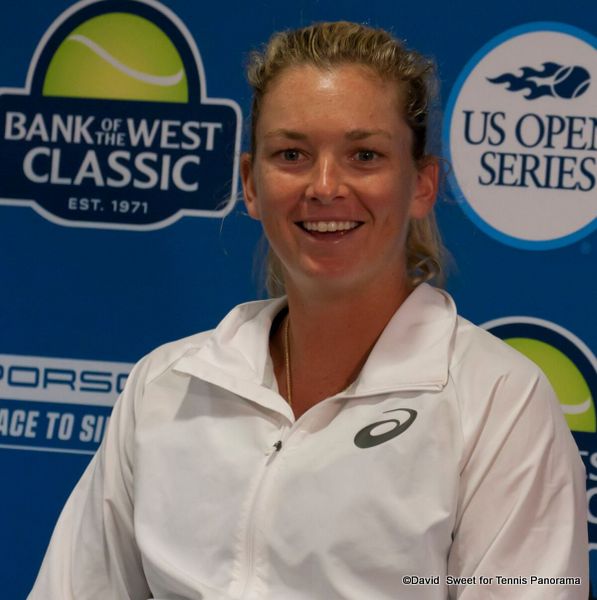 (November 11, 2017) Each top player for the U.S. and Belarus Fed Cup Team won on Day 1 of the World Group Final in Minsk, ending the day with the tie even at 1-1. This sets up two pivotal ‘reverse’ singles match-ups and the possible decisive doubles rubber on Sunday.

In Saturday’s first match, top-ranked American and world No. 10 CoCo Vandeweghe defeated Belarus No. 2 and world No. 87 Aliaksandra Sasnovich, 6-4, 6-4, in just over an hour and a half. This was Vandeweghe’s and Sasnovich’s first-ever meeting. Vandeweghe is now 5-3 in singles play in Fed Cup, winning her last five singles matches. Sasnovich is now 13-8 in singles in her 17th tie. It was her first Fed Cup loss of the year.

Vandeweghe talked about the match:

Well, first set, you alwaysfeel a lot better when you get a break in the first game. From there, there was nothing really threatening me. I don’t believe she had a breakpoint
in that first set. Then the second set, it was a little bit disappointing. I knew she would come with fight in the second set. But mostly the second break that I had at 4-3, I had
40-Love, kind of had a brain fart moment. Otherwise, I was really pleased with how I played, how everything transpired from the fight she gave, to the crowd, to my own crowd that was there. I was really happy from there.

Vandeweghe, anew member of the WTA Top Ten, who is undefeated in singles play in Fed Cup this year, talked about her success:

“I think confidence is brought through the whole year. I think there’s different
moments that excite you in tennis. For me, Fed Cup is probably one of the more exciting moments I could have in my career.
“I think I just, I don’t know, I don’t want to use the word ‘ooze’ confidence, but I can’t think of a better word. I just take the energy that’s around me and I really use it to my advantage. It’s really interesting, I played a few away ties, but this one is extra special to play an away tie.” 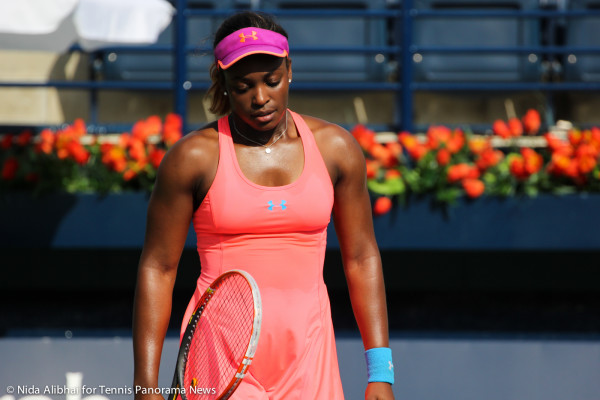 Belarus then leveled the tie in the second singles match, as their top-ranked player and world No. 76 Aryna Sabalenka defeated American No. 2 and world No. 13 Sloane Stephens, 6-3, 3-6, 6-4. Momentum shifted many times in the final set with seven breaks of serve. In the end, after four match points, Sabalenka came out with the victory. This was also the first meeting between the two players. Stephens, who is competing in her first Fed Cup tie since the 2016 World Group II First Round, is now 2-3 in Fed Cup singles play, while Sabalenka is 3-2.

Stephens said after the match: “Knee was fine. I feel I played a good player. She had a great crowd out there today. It was always going to be a tough match, no matter what. I think I could have done a few things different. But all in all, I just fought as hard as I could. I competed really well. That’s all I can really ask for.”