You are here: Home / Features / Victoria Azarenka Awarded a Wildcard into 2018 Australian Open 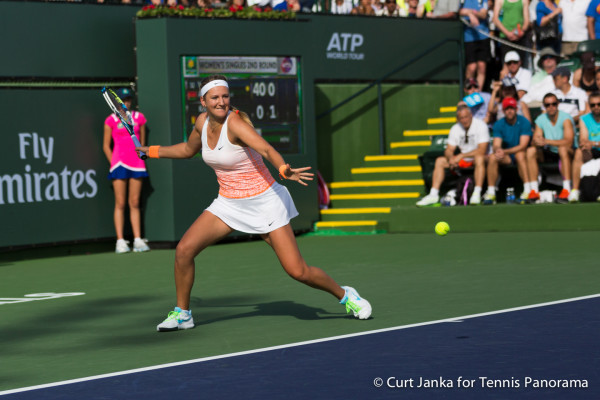 (December 13, 2018) Victoria Azarenka will be awarded a wildcard into Australian Open 2018.

Tournament Director Craig Tiley confirmed today that every assistance would be provided to the former champion in order for her to compete at the event where she has achieved her greatest success.

“Vika’s current situation is obviously very difficult for her and we have reached out to offer any support we can.

“As a two-time Australian Open champion we’ve awarded her a wildcard and look forward to seeing her back on court in Melbourne in January.”

Azarenka is looking forward to returning to Melbourne and the Australian Open where she has hoisted the trophy twice.

“I’m so excited about coming back to Melbourne for the Australian Open, it’s my favourite tournament,” Azarenka said.

“I’ve won there twice and always feel so comfortable on court and the city is great.

“It’s been a tough year and being able to come back to the AO will be a really positive way to start 2018. I’d like to thank Craig and his team for their understanding and support and can’t wait to see all my Aussie fans again.”

Azarenka, ranked 208th in the world, who won the Australian Open in 2012 and 2013, has been in a custody battle involving her son Leo, who will turn one on December 19th. She last played a match at Wimbledon, where she lost in the fourth round.

Australian Open 2018,will take place at Melbourne Park from 15-28 January.